On the evolution scale, humanity is supposed to go through certain stages. If 3000 years ago the various cultures were henotheistic ( meaning each tribe or city worshipped its local god, while also accepting that other tribes have a different god ), people later went through polytheism and eventually monotheism. There wasn’t so much of a transition from one to the other, it looked more like a conversion. A conversion that often followed power transition or colonisations.
Among other things, religion was an amazing tool to make people follow you and give purpose and a form of morality in their lives.
One of the best stories proving how religion is a tool is taught by Russia. Before communists came and decided they are over it, there was a time long, long ago, when Vladimir the Great had a dilemma (around the year 900 or so ). All of his other international friends already had a religion and he felt a bit left out and isolated. He swiped left and right and searched and did his research and eventually, he decided for Christianity. To him, it had a special appeal the fact that all his depravity and fratricide would eventually go away by praying. All he had to do was sit through some boring “sermon”, eat some bread with wine and all his sins would go away. Yeah, sure, people would hate it at first, they would try to switch to vodka, but Christianity had another cool thing going on. Since most Russians were really poor, the whole fasting deal suddenly had another appeal. They would refuse to eat not because they literally didn’t have food, but because it purifies the soul and give absolution and all that jazz.
Of course, Vlad was no idiot, he knew the other advantages Christianity provided, like making the family strong and giving them morals and also developing culture – philosophy and theological literature. Monotheism was also the main essence of a single state with the monarch at head. It took centuries to strengthen Christianity, but eventually, it somehow managed to become tax-exempt, extremely rich and super influential. However, religion wasn’t introduced because Vlad had a dream of Jesus and his multiple personalities threatening to condemn him to Hell. Vlad understood the political gain of having such a thing and exploited it.
In fact, I doubt there were so many people genuinely believing in the existence of an almighty God, but rather in the advantages that he gives, whether he exists or not.
I started doubting religion and it’s intentions ever since I was 14-15, it was part of my rebellious punk-ass-rocker act. That led to some soul searching and a couple of religious camps. It was intense, I cried a lot, but I also saw how a professor teaching religion had an affair with a student and was jealous of a priest wanting to have an affair with that kid also. Yeah, fucked up. No, that kid wasn’t me, it was a friend, but the whole drama there convinced me that there is a tremendous difference between what religion says and how it is implemented.
Having this example opened my eyes in terms of everything Christianity did. Their entire history is hypocritical, to say the least, it promotes elitism, sexism and gives an excuse to people to act like assholes.
If I managed to somehow realize that when I was 15 ( me, a really average person ), how come other people failed in doing so? How come religion is still a thing?
Well, more and more people say they are convinced that life definitely ends once you die – that there is no God, no Heaven or Hell, no divine plan. The numbers say atheists aren’t a majority, however, there are atheists out there that on paper still look like Christians – since it’s really complicated to renounce a religion once your parents decided at birth you believe that Jesus Christ died for your sins.
Throughout the years, religion also managed to survive because it adapted to the demands of the population. I mean, if birth control, divorces, and women voting were no-no’s, now it’s the Pope saying they aren’t exactly the worst someone might do and that maybe now there might be a place in Heaven for you even if you decide to use a condom or masturbate. Although they still have work to do on the pedophile and wealth department, priests still manage to gather people on Sundays and somehow convince them to give them their money. Fucked up. 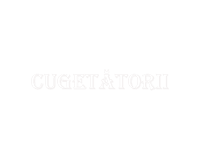